Collaborating With Your Inner Child

Wouldn’t it be great if writing were fun again? Imagine the possibilities if you didn’t have to fight so hard to come up with fresh, new ideas or gain a new perspective. Let us teach you how to hack your own brain and give you tools that will entice your inner child out of hiding. You will learn to use the same skills your sleeping brain uses to entertain you at night. You can become your own best collaborator and go beyond brainstorming. If you’re already creative, great! This will be a new technique you can use to expand that skill. If, on the other hand, you feel like a massive stone wall stands between you and this creativity stuff everyone’s always going on about, you might actually find a way to chip a hole through that wall. Better yet, let us give you some tools that will let you smash it down, or climb over it, or run around it, or just walk through it with your newly discovered magic powers. You won’t know unless you give it a try. 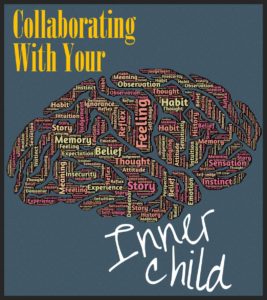 Our facilitator, Becky Shiles, has been a lifelong fan of story and fun. She started telling stories around the campfire at three years old and started reading other people’s tales at four. Despite failing creative writing twice in college, she has embraced her destiny as a teller of story and has been happily writing for at least two decades. She became a web developer after being told that she was too creative for accounting – the IRS isn’t fond of creative accounting, it seems. In her profession she gets to play with pictures, words, and programming, all of which are a lot more fun than auditing a bank account.

When she’s not at work, and sometimes when she is, Becky is usually doing something messy with paints, glue and/or paper. Not content with writing books, she has made her own paper and taken up the ancient art of bookbinding. She believes in exploring new channels for creativity and won’t limit herself to just one. Becky has many years of experience teaching everything from dog obedience to HTML. She believes that creativity is rooted in play and refuses to be too serious about anything, except maybe her four Rat Terriers. Her favorite, Harley, is a central figure in one of her works in progress about a pet psychic. It is rare for her to write anything without at least one dog, and in all of her stories she attempts to convey a sense of wonder. She is the current president of the Annapolis chapter of the Maryland Writers Association where she hopes to learn from the many talented writers and poets.