We are looking forward to welcoming acclaimed author and writing instructor Barbara Esstman to MWA Annapolis on Wednesday, April 18 at 7 p.m., who will lead a workshop on character development. As Barbara describes, “The most important element of serious fiction and memoir is a true and believable protagonist surrounded by other true and believable characters. How to get that to happen in your writing is easier when you know how to create the optimum conditions for character development and what to avoid at all costs. I’ll give you tips on how to get good characters up and walking around and some simple exercises to use when you’re writing.”

About the presenter: Barbara Esstman is the author of The Other Anna and Night Ride Home 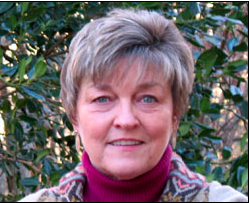 , both published in the United States by Harcourt Brace and Harper Perennial, as well as in numerous translations by Bertelsmann and twelve other foreign presses. Both novels were adapted for film by Hallmark Productions.

Barbara’s short stories and essays have appeared in both mainstream and literary publications, from Lear’s Magazine to Confrontation, and have earned the Redbook Fiction Award and two honorable mentions from the Pushcart Prize. Her articles have appeared in the Washington Post, the Los Angeles Times, and the St. Louis Post-Dispatch, and she writes travel copy for Biotrek Adventure Travels. She has been a fellow of the National Endowment for the Arts, the Virginia Center for the Creative Arts, and the Maryland Commission for the Arts. She does private editing for clients writing fiction and memoir, and teaches creative writing at universities in the Washington, DC area, as well as at The Writer’s Center in Bethesda, Maryland.

This and all meetings are open to the public and free to MWA members and first-time guests. All others may pay $5.00. Annual dues to MWA are $40.00 and include other benefits on top of monthly attendance. MWA Annapolis meets the third Wednesday of every month at 7 pm in Room 205 at Maryland Hall, located at 801 Chase Street, Annapolis, MD 21401.